When I first received word that I was booked to ride the WildCat a squeamish feeling came over me. I didn’t really know what it was all about and immediately went online looking for testimonials to clarify the experience I was soon to encounter. “A day in Bermuda we will never forget” Michelle P, Hillsboro, Oregon. If it wasn’t for the 5 Star Trip Advisor ratings along with one lengthy comment about the awesome experience – I took the time to read, I may have continued to question whether this adventure was for me.

We arrived in the Royal Naval Dockyard and I quickly dipped into Bone Fish Bar & Grill thinking a nice Gosling’s Rum Dark ‘n Stormy would surely take the edge off… hmmm on the other hand I might get sea sick. I quickly walked right back out but bookmarked Bonefish for après WildCat. We boarded the vessel and the first thing I saw gleaming back at me were safety seat straps. I took my seat and immediately strapped myself in before scanning the deck for other security measures. My colleagues were giggling and laughing and so I started to think, maybe it was time to let my hair down a little. Our captain, Kevin Sousa, made his way to the bow and started a little welcome commentary. The boat was almost full and everyone was eager to take off which is exactly what we did once we were out of the no wake zone. 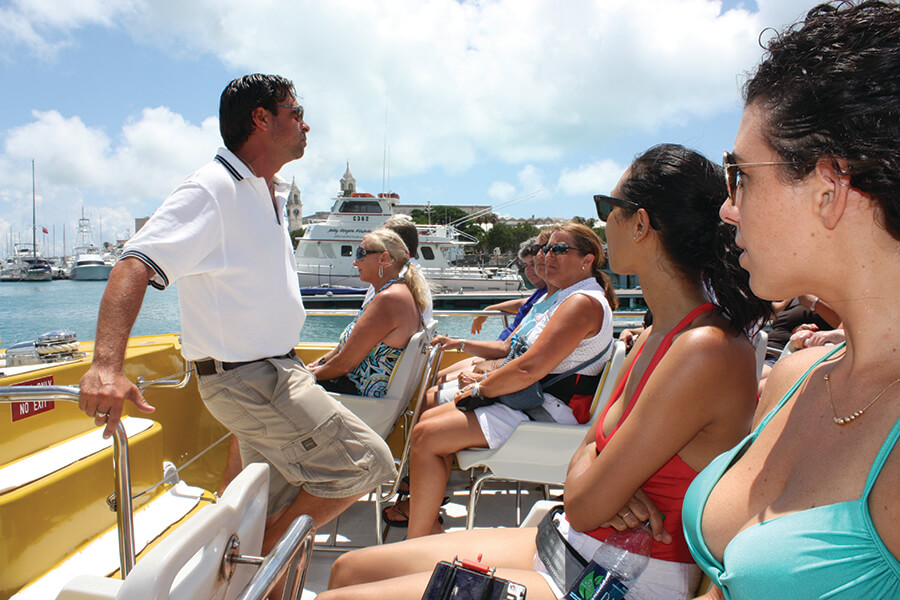 We must have been literally skimming the water. The wind was hitting us so hard that our faces were changing form. It was exhilarating and I couldn’t help but bust out a smile that quickly burst into a laugh. There it was, after all of the anxiety I was having fun and we were just getting started. 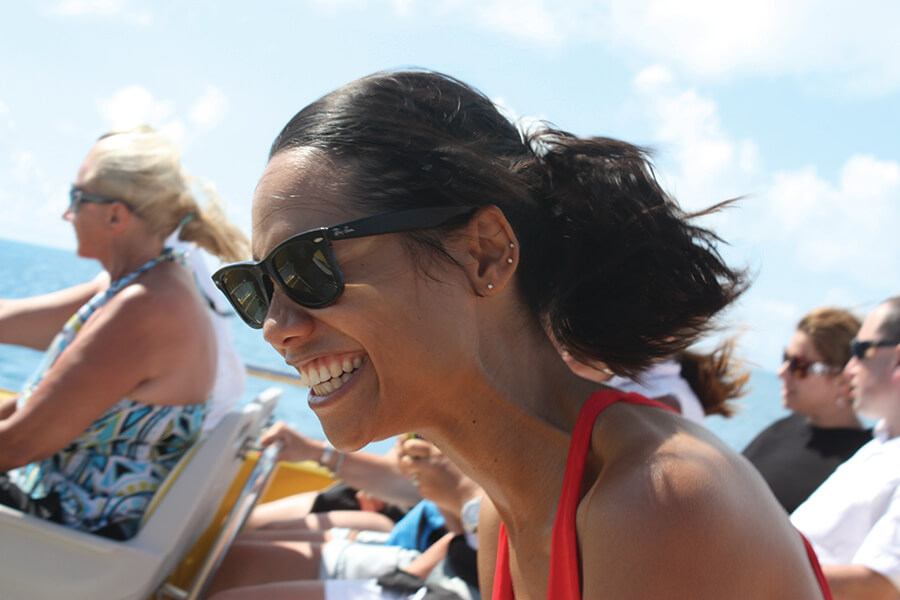 We slowed down and then stopped to feed fish at the HMS Vixen, an old gunboat built in 1865 that found her final resting place in 1986 just off the shore of Daniel’s Head. It was absolutely stunning and the fish were eager to greet. Kevin told us that we were passing through the Bermuda Triangle but explained that there was little chance we would find ourselves lost at sea. Phew. 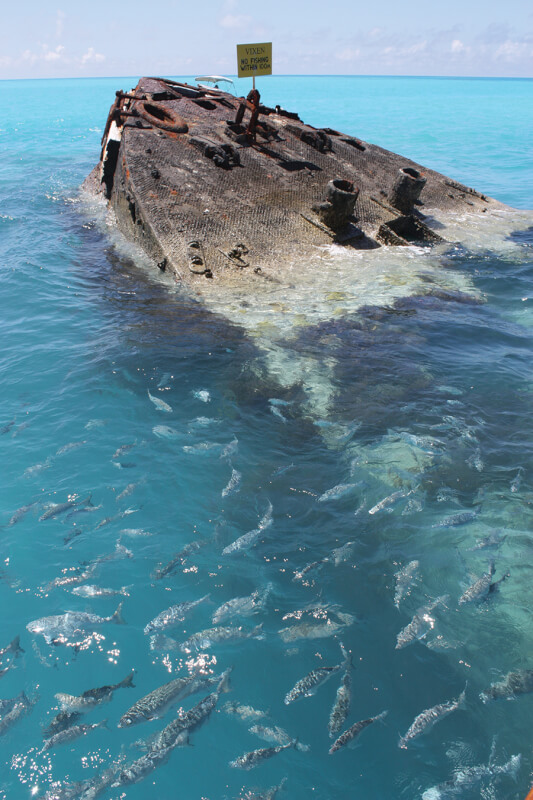 Off we went again, this time out into the open waters of South Shore. It was when we hit our first swell that I understood the terms “Wild” & “Thrill” loud and clear. As the boat’s bow lifted and crashed back down just as fast I also understood the velcro straps. I think I could have continued going up and down South Shore in the swells for the rest of the tour. It was absolutely phenomenal. We loved every minute of it and everyone on board burst out with screams of laughter. There wasn’t a frown to be found on the WildCat that day! 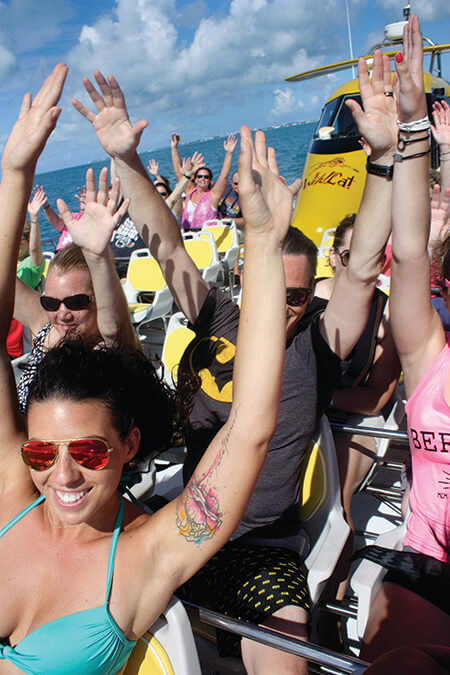 We soon slowed down and took a tour through scenic Castle Harbour and then “Billionaires Row” where exclusive homes such as the Goldeneye that was once almost bought by Oprah Winfrey and estimated to be worth the better part of 45 million. Kevin went into quite a bit of detail here and we learned who owned what, who lived where and who vacations for just 2 weeks out of the year while care takers have the run of the estate for the latter.

We explored more forts and points of interest in the East End including a quick stop in the Olde Town of St. George. At that point I think I would have opted for the tour that includes a 90-minute stop. This was the time for a Gosling’s Rum Dark ‘n Stormy before getting back on route. 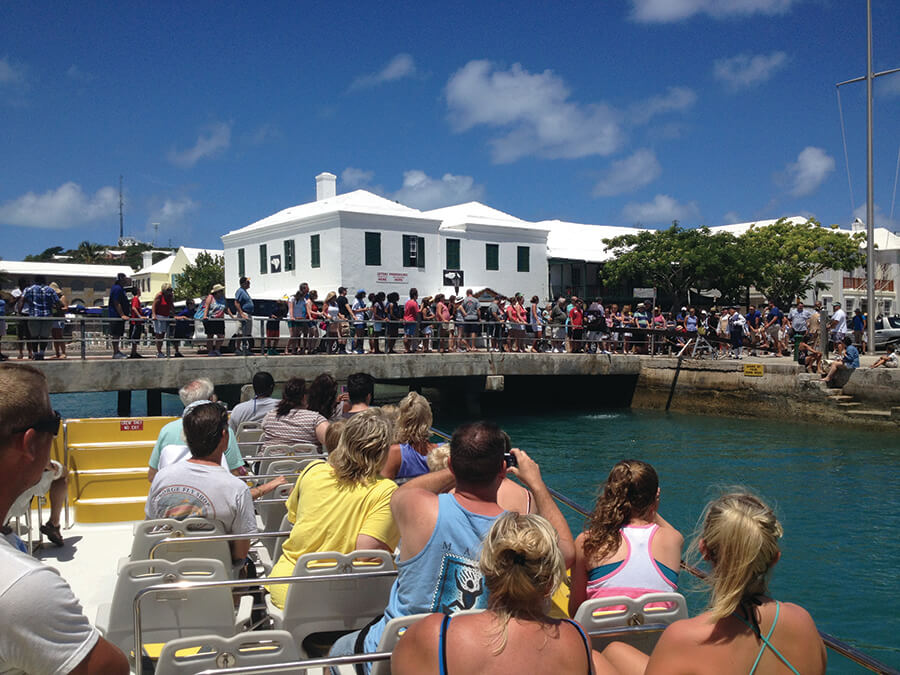 The sites and commentary were endless along the entire route and we learned so much that we didn’t know about our own homeland! It was just an outstanding experience all around. We headed out of the East End passing Fort St. Catherine’s and cruised with speed up the coast. There we learned about the most heavily populated part of the island that was new to me as I just hadn’t previously seen it from that vantage point. Soon we were back in Dockyard and I have to say I would have done it all over again if they offered an evening tour. Looking back on the day, I realized that i’m missing out on all of the exciting adventures in Bermuda and vowed to try all of them as soon as possible. 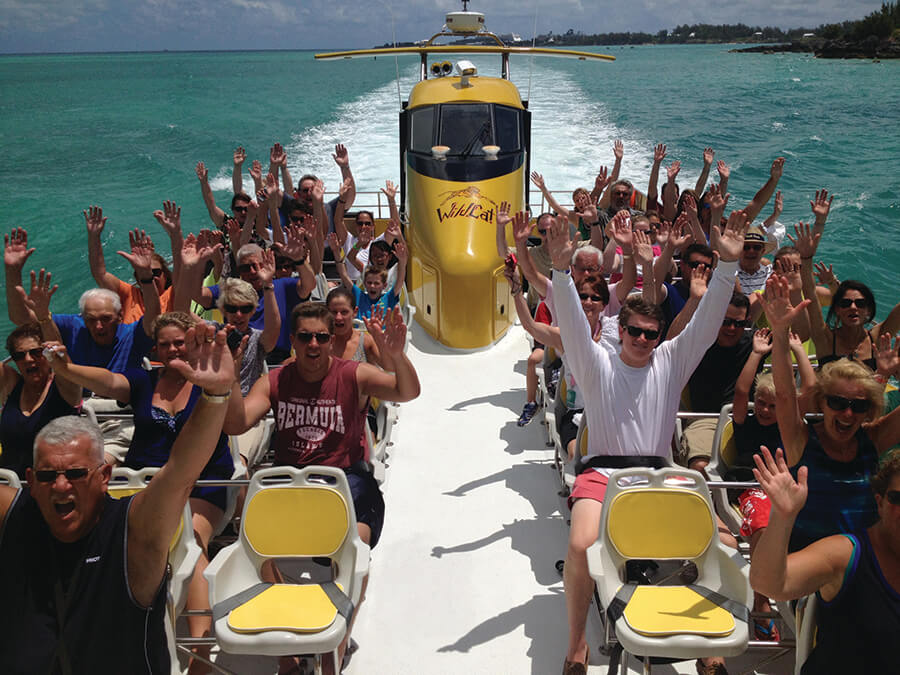 The WildCat experience was fast, safe, fun and an absolute blast. I think I speak for my team when I say, we highly recommend it! K.S. WaterSports also offers Jet Ski Adventures, Parasailing, Boat rentals and more.

For more information about K.S. WaterSports adventures including their weekly schedule, visit them online at www.kswatersports.com or call today to book a tour out of their 4 locations island wide.