How many of Bermuda’s Roads are named in honour of Cricket?

Cricket, a centuries-old game that originated in England, was first brought to Bermuda in the 1840s by soldiers of the British Army. A match played in St. George’s between the Army Garrison team and members of the Royal Navy at Dockyard started to make cricket the popular sport it is today. In 1855 the Bermuda Cricket Club was founded in St. George’s and the first game was played against the Army Garrison team.

As Bermudians of all backgrounds fell in love with the game – but still lacked proper cricket gear – substitutes were made. Oleander trees were particularly good to carve a bat and a stone wrapped in cloth made a suitable ball. And the game was on. On one such occasion a number of boys playing in Somerset were approached by a group of Naval officers who asked if they could join in the game. The batter was no other than HRH Prince George, later to become King George V!

And it wasn’t just cricket gear which was lacking early on, proper ‘cricket pitches’ were also not available to most players. According to William Zuill in ‘Bermuda Journey’, Johnny Fox of St. David’s came up with a novel method to keep his field in order. He built a big wire cage, something like a fishpot, with a door large enough to admit a goat. Once inside, the goat began to crop grass and continued the good work until the cage was moved to another spot. This way the ground was always ready for play with a minimum of effort.
It wasn’t until the formation of the all-black Bermuda Militia Artillery in 1890 that Bermudians were able to play regularly with proper cricket gear against British Army and Royal Navy teams. Being selected for any of these Inter-Service matches soon became a distinct honour for Bermudian cricketers.

Forty years after the abolition of slavery in Bermuda on August 1st, 1834 – Emancipation Day – Captain J. Moresby of the Royal Navy began an unofficial two-day sporting tradition with cricket matches played between two fraternal lodges from the opposite ends of the island. 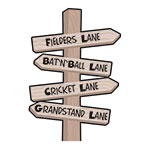 These matches between the two lodges of the Grand United Order of Oddfellows were so popular, that following the 1901 game at which one team won by only one run, it was agreed that a Cup should be played for annually. In 1902 three two-innings games were to be played in June, July and August, with the Cup going to the winner of the best of the three games. Unfortunately the 1902 game had to be abandoned in a brawl.

It was then decided that as of 1903 there would only be one game and the winner was to hold the Cup until it was won by the other side. This ‘winner–take-all’ concept worked well when both teams were relatively balanced, however, when one side had a string of victories – like Somerset in the 1930s and 1940s – and the Cup was played at the same club for a number of years, the opposite side began to feel the resulting loss of revenue. It was therefore decided that the game could not be played for more than two years at the same club. Even this proved unsatisfactory and the decision was finally made to alternate on an annual basis, regardless of which side held the Cup.

While initially only the first day of Cup Match – now Emancipation Day – was a public holiday, absenteeism from work on the second day became such a serious problem, that in 1947 the two-day public holiday was introduced. And ever since Bermuda is the only country in the world where everything comes to a grinding halt for two days every summer, and almost everyone’s attention turns to the game of cricket.

So how many of our roads are named in honour of cricket? By some accounts there are four – Fielders Lane in Smith’s Parish, near the Flatts Victoria Cricket Club, as well as three in Sandys Parish – Bat’n’Ball Lane, Cricket Lane, and Grandstand Lane, all near the Somerset Cricket Club. If you know of any others, I’d like to know. 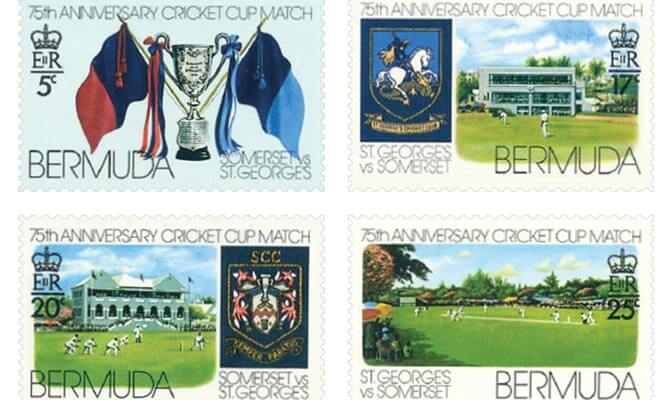 Page load link
How many of Bermuda’s Roads are named in honour of Cricket?