Do you know… About Allan ‘Smokey’ Wingood

Do you know… About Allan ‘Smokey’ Wingood, war hero and professional diver, and his role in investigating the wreck of the Sea Venture?

Flight Lieutenant Allan John Wingood was born in Bermuda and educated at Saltus Grammar School. Having an early interest in flying and drawing the winning raffle ticket for a flight in a Luscome in New York State at the age of 17, ‘Smokey’, now 21, joined the Bermuda Flying School on Darrell’s Island in late 1939. One year later he was off to England to join the Royal Air Force. 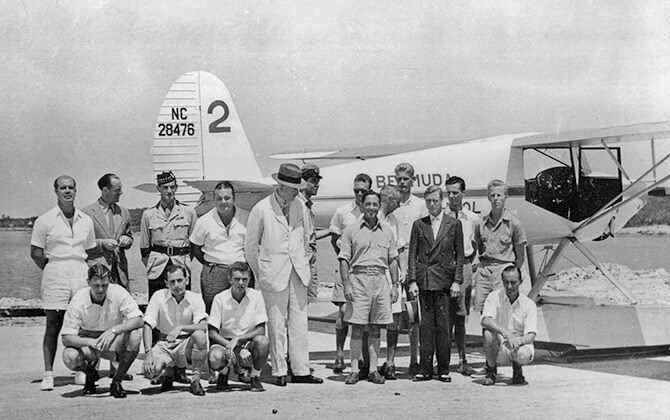 At the Bermuda Flying School, standing far right, and ‘in the office’ of his Wellington bomber.

After 15 months of flight training, Officer/Cadet Wingood received his wings and was commissioned as Pilot Officer, flying Vickers Wellington bombers. Attached to 142 Squadron and married for just ten days, he started a tour of thirty missions over occupied Europe. During one of the raids to bomb Hamburg the bomber’s wireless failed and, not knowing if the mission was going ahead, ‘Smokey’ pressed on regardless. This action earned him the Distinguished Flying Cross, which he received from King George VI in 1944.

After an assignment to Libya where he operated a staging post handling aircraft flying between the Far East and the United Kingdom, Allan ‘Smokey’ Wingood finally returned to Bermuda in May 1946 after 5-1/2 years in the Royal Air Force. Staying with aviation he then worked for Pan Am Airways for 13 years, before making a complete change by getting into the marine contracting business, servicing underwater equipment for the US Navy. Having always been interested in diving (he made his own diving helmet with the air supply provided by a bicycle pump and rubber hose) it was a natural step for him to take.

Whether 15,000 feet above the earth, or 200 feet below sea level, Allan ‘Smokey’ Wingood certainly led an extraordinary life! He died in 2007. 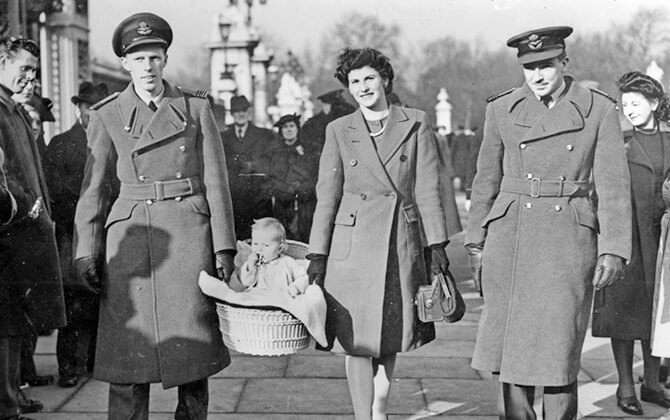 Outside Buckingham Palace with wife Peggy and nine-month-old Katherine, ready to receive the Distinguished Flying Cross from King George VI. On the right is F/Lt Hugh Watlington. 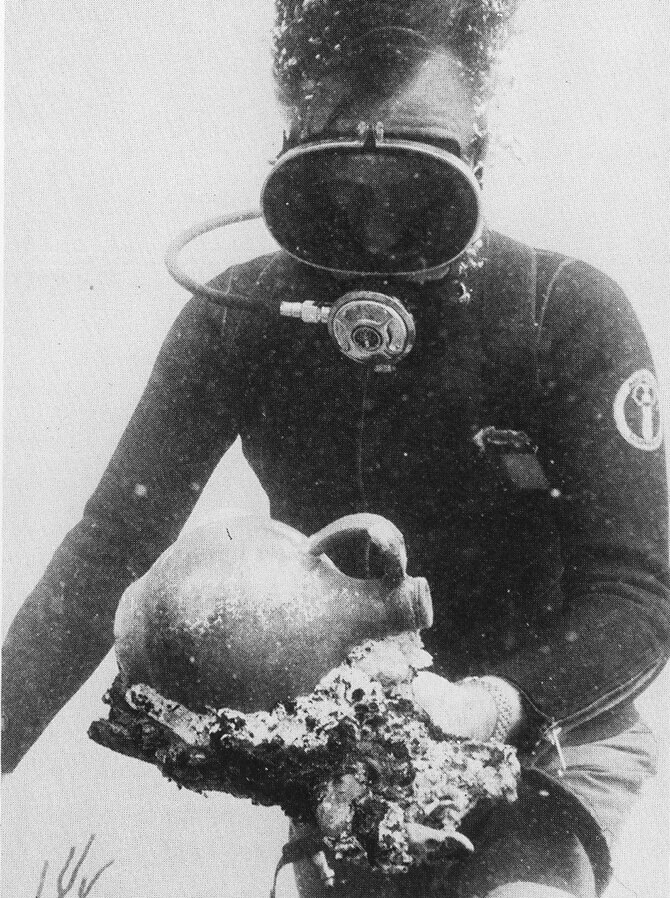 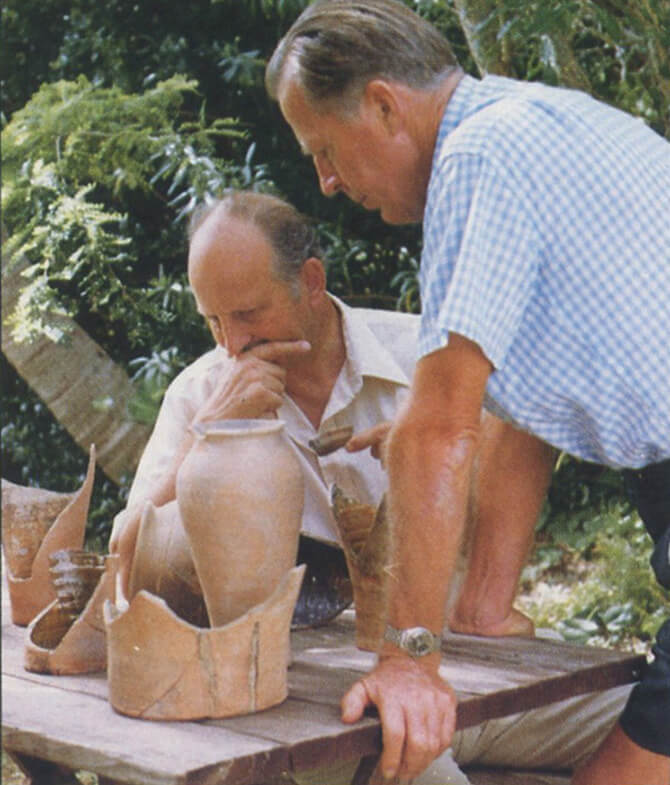 ‘Smokey’ Wingood raising a ‘Bellarmine’ jug and discussing the items found with Ivor Noël Hume of the Colonial Williamsburg Foundation.

Page load link
Do you know… About Allan ‘Smokey’ Wingood