Home » About Bermuda » Piloting Bermuda
Piloting Bermuda
Piloting Bermuda By Elena Strong, National Museum of Bermuda
“No stranger should attempt any of the anchorages or channels without a pilot” Daniel Robert Tucker, Channels and Reefs Around Bermuda 1840
The graveyard of shipwrecks surrounding Bermuda is testament to the island’s perilous encircling reefs and complicated channel systems. On the ocean floor lie the remains of French, Spanish, Dutch, Portuguese, English, Danish, Italian and American vessels— the victims of Bermuda’s extensive reef network and 500 years of material evidence documenting Bermuda’s interaction with the Atlantic World. Local knowledge, navigation charts, lighthouses, signaling stations, beacons and buoys have all aided in the safe passage of incoming and outgoing ships but the expertise of local pilots has been of paramount importance.
Pilots were experienced local coastal navigators who guided visiting and local ships through the difficult approaches to Bermuda. Once an incoming ship was spotted, a conch was blown and the pilot crews rushed to launch their boats in the water and raced each other under oar or sail to the sighted ship. Keen rivalry existed between pilots as the first pilot aboard got the job and subsequent pilotage fees, which were divided between pilot, crew and boat owner. There are stories of pilot gigs seen 50 miles off Bermuda waiting for ships and to beat rival pilots.
Young local boys and men made up the crews and pilots; many were slaves and freemen of African, Native American Indian and mixed descent and considered to be Bermuda’s most talented marine navigators. Enslaved pilot James ‘Jemmy’ Darrell performed an exceptional maritime feat for the Royal Navy that led to his eventual freedom and being appointed a King’s pilot— the highest ranking pilot on the island entrusted to bring in the Admiral’s flagship.
In 1795, Darrell successfully navigated Lord Admiral Murray’s flagship HMS Resolution safely through the reefs to a safe anchorage on the East end of the North Shore (now called Murray’s Anchorage). “With great coolness and presence of mind… he had the vessel’s sail shortened, backed her through the more intricate part of the channel…and then proceeded by the usual course”.
Admiral Murray was impressed with Darrell’s skill and requested he be freed from slavery. He was manumitted on March 1, 1796 at the age of 47 and three months later became the first King’s pilot.
To learn more about Bermuda’s maritime history, visit the National Museum of Bermuda in Dockyard.
2017-04-13T11:36:57-03:00 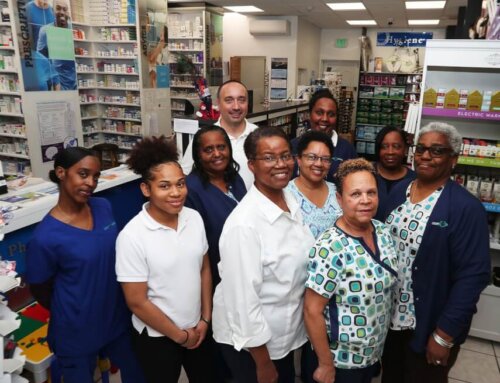