Do you know about Juniperus Bermudiana – Bermuda’s National Tree?

Ever since Bermuda was colonised in 1609, Juniperus Bermudiana was used extensively as firewood and for constructing homes and ships. As early as 1622 legislation was passed to control the export of Bermuda cedar and although sixteen further acts were passed to restrict its use, ship-building denuded much of Bermuda by the 1830s.

Fortunately this trend was reversed with the decline of ship-building and the use of cheaper imported timber by the construction industry and Bermuda cedar trees were again on their way to becoming the most dominant trees on the island, until the scale insects that is.

Shortly after World War II, cedar scale insects Carulaspis minima and Lepidosaphesnewsteadi were accidentally introduced into Bermuda, resulting in the devastating loss of approximately 95% of Bermuda’s cedar trees. It was an ecological disaster that continues to affect us to this day.

Several biological control species, including lady bird beetles, were imported to attack the cedar scale insects, but unfortunately to no avail. To reforest the island after the cedar blight, exotic trees like the casuarina, favoured for its rapid growth, were imported and they in turn created some of the invasive species problems we have today.

An estimated 5% of Bermuda’s cedar trees were resistant to the scale and survived the insect attack of the 1940s. Using seeds from these scale-resistant trees is the basis of the effort to propagate and restore Bermuda cedar trees in gardens, parks and nature reserves throughout the island. The site should always be selected carefully to allow enough room for the trees to grow to their approximately 50 feet height.

It is estimated that there are now between 10,000 and 25,000 cedar trees in Bermuda, which is about 10% of the number of trees before the cedar blight of the 1940s. Today Bermuda cedar is still highly prized by craftsmen for making a variety of souvenirs. 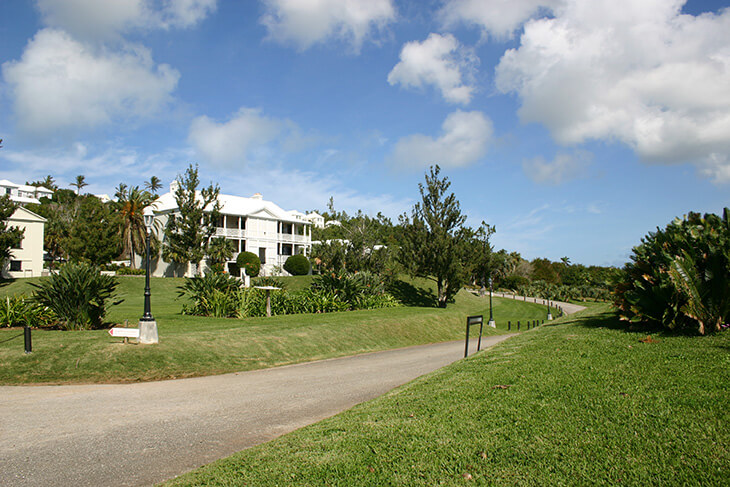