History of Cup Match in Bermuda

Cup Match, a public holiday unique to the island of Bermuda, is a time in which the community enjoys a two day celebration of camping, boating, swimming and most importantly cricket. Every year, before the start of the Cup Match holiday, rival fans can be seen donning their team’s colours – red and navy for Somerset, pale blue and dark blue for St George’s in preparation for the big event. The venue for the game changes yearly as each side takes a turn in hosting Cup Match; this year the honour falls to St. George´s.

The forerunner to Cup Match was introduced after the abolition of slavery in Bermuda. Men from Somerset and St. George’s met in friendly rivalry and held celebrations of Emancipation by holding annual picnics to mark the anniversary of the abolition of slavery. One of the highlights from the picnics was a friendly cricket match played between lodges from the east and west ends of the island. In 1901, during a cricket match between two major Friendly Societies, an agreement was made to play for an annual trophy. Members of the Friendly Societies and Lodges raised funds and in 1902 a silver cup that was played for annually was introduced. Cup Match was officially born.

In 1947 two official national public holidays were introduced and held annually on the Thursday and Friday closest to 1 August. The first holiday, Cup Match, was renamed Emancipation Day in 1999 and continued the tradition of remembering the end of slavery. The second holiday, Somers Day, commemorated the arrival of Admiral Sir George Somers who colonized Bermuda in 1609. The two-day holiday became the annual two days of cricket for the cup – the Bermuda Cup Match.

However, Cup Match is so much more than cricket. Emancipation Day and the emancipation of slavery symbolizes one of the most significant moments in our history. Emancipation Day acknowledges a period in our history that shaped and continues to influence our society today. It is a time for reflection and rejoicing. It is a time for assessment, self-improvement and for planning the future. When the action was determined to abolish the practice of slavery we moved closer to the ideals of bringing our island community together.

The above is an extract from the CURE publication “Emancipation Day – A Day for Reconciliation & Reflection”, courtesy of the Department of Communication and Information. 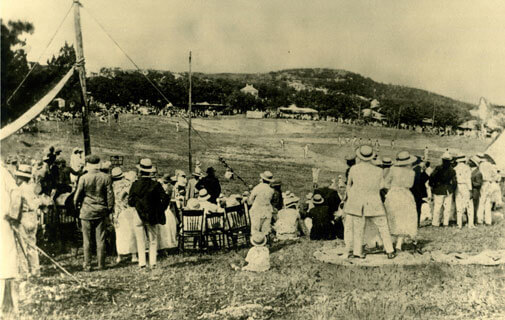 20 Things You Might Not Have Known About Cup Match