Do You Know How Bermuda’s Caves Were Formed?

Do You Know How Bermuda’s Caves Were formed?

Some 30 million years ago volcanic eruptions on the floor of the Atlantic formed a mountain approximately 13,000 feet high, reaching the surface of the ocean. Marine life and coral reefs began to inhabit this submarine mountain and during Ice Ages, when the sea level dropped, sediments calcified and eventually formed the limestone hills of Bermuda. Located in the older rocks close to the current sea level, Bermuda’s caves were formed during periods of low water levels during glaciation cycles of the current Ice Age. These cycles occur on 40,000 to 100,000-year time scales and we are now in an interglacial period following the end of the last Ice Age some 10,000 years ago.

Sea level changes during various Ice Ages formed limestone caps interbedded with red soil. In time the chemical reaction between the limestone and water created channels and caves, the largest of which are in the Walsingham Formation located between Harrington Sound and Castle Harbour. 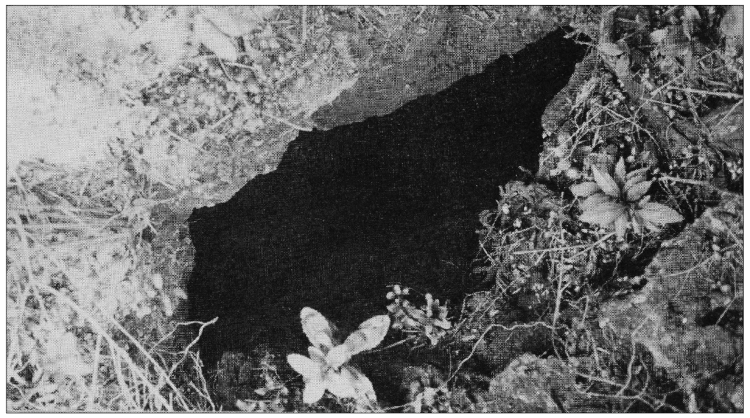 The original hole, which led to the discovery of the Crystal Cave.

Bermuda probably has more caves per square mile than anywhere else in the world. As we are between Ice Ages at this time, the sea level is high and many of Bermuda’s caves have lakes in them, resulting in stalagmites, which originally grew on the cave floor, now being underwater. 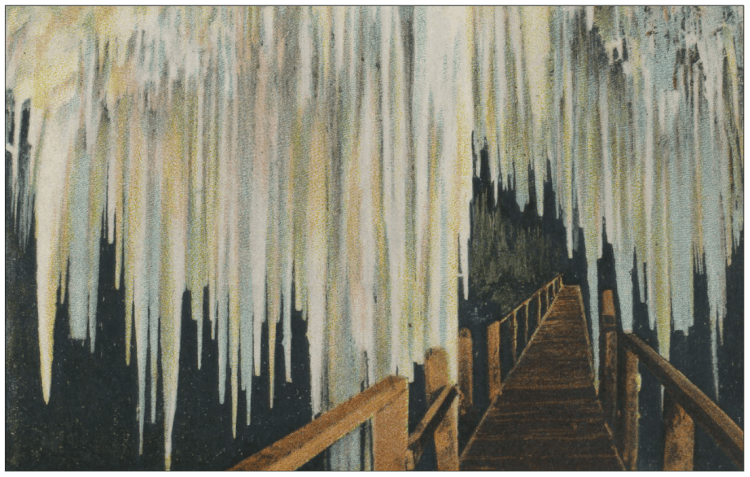 Searching for a lost cricket ball, two twelve-year-olds, Carl Gibbons and Edgar Hollis, in early 1907 made the discovery of a lifetime –the subterranean wonder now known as the Crystal Cave. Searching for the ball, one of the boys discovered a small hole, which had at one point been covered with stones, possibly to prevent farm animals from stumbling into the crevice. Unable to move the bigger rocks, the boys fetched their parents who managed to widen the hole to about two feet by four feet to allow one of the men to squeeze through. Lowering himself on a rope he found that for fifty feet or so the hole did not expand, but then opened into the spectacular world of stalagmites and stalactites.

The owner of the property, Mr. Julian Wilkinson, only found out about this discovery when he saw another boy playing with a broken off stalactite and was led to the opening of the cave. After surveying the entrance he sent his two sons into the cave to investigate and, on their enthusiastic return, decided to enlarge the hole to allow the construction of a staircase.

Although electricity had not yet come to Bermuda, Mr. Wilkinson also installed a lighting system based on acetylene gas.  As there was a large pool in the cave, a boat was built inside to ferry visitors around the subterranean lake, but as the Crystal Cave became more popular with visitors, a pontoon bridge was finally built.

After purchasing several adjacent properties on top of the cave, Mr. Wilkinson in 1914 decided to create a new entrance from the foot of the hill, making access easier and eliminating the flight of winding stairs. Two years in the making, this tunnel and the improved electric lighting made Crystal Cave one of the finest of its kind in the world and one of Bermuda’s favourite tourist attractions.

History Of The Bermuda Easter Lily

Did You Know… That the 1609 Wreck of the Sea Venture changed World History?

Page load link
Do You Know How Bermuda’s Caves Were Formed?