The Keep – Fort, Park, & Home of the National Museum of Bermuda

The Keep – Fort, Park, & Home of the National Museum of Bermuda

At the tip of Bermuda’s fish-hook of islands stands the Keep, the largest fort ever built on the Island. It was the final citadel of a ring of fortifications stretching from one end of the Island to the other, guarding the Royal Naval Dockyard at Bermuda against attack by land and sea, and earning the Island the nickname of ‘the Gibraltar of the West’.

The fort was constructed over a period of twenty years with a work force of British convicts blasting and shaping the hard limestone blocks into the massive ramparts and jutting bastions under the direction of the Royal Engineers. The design made maximum use of the existing landscape: the ramparts took advantage of the headland’s natural escarpments, and the moats were sited in existing caves. Entry into the Keep from the sea was made via a tunnel in the ramparts into a basin formed by a huge collapsed cave.

On completion, the ramparts and casemates were armed with over 60 pieces of artillery, ranging from carronades to 8” shell guns. Inside the sunken lower grounds of the Keep, huge ordnance buildings designed to be bomb- and spark-proof stored 6,540 barrels of gunpowder. Other buildings were used for storing small arms and munitions from ships undergoing repair, and artillery was stockpiled in the adjacent yard.

Today the ten-acre property houses the National Museum of Bermuda, and the massive ramparts are armed with examples of artillery from every period of armament, from the 32-pounders of the Napoleonic era to the 18-ton rifled muzzle loaders of the 1870s and the 6-inch steel breech loaders which provided coastal defence into the 1950s. 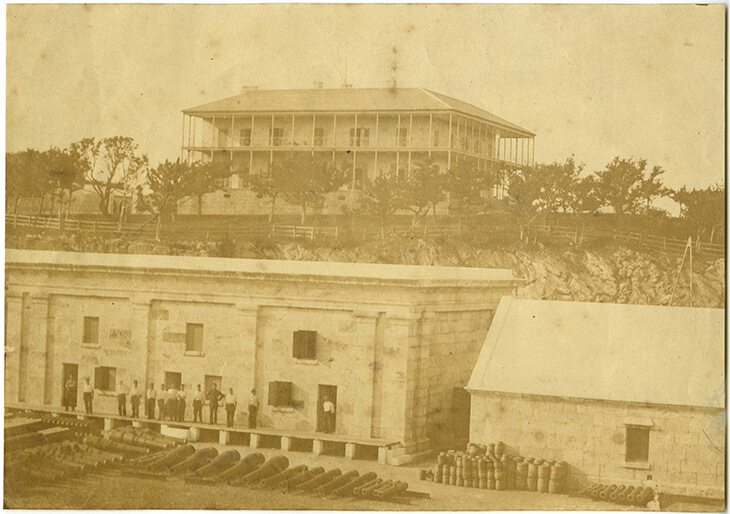 A large collection of artillery and armament in the Keep in the 1860s, including RMLs, carronades, gun powder kegs and shells. 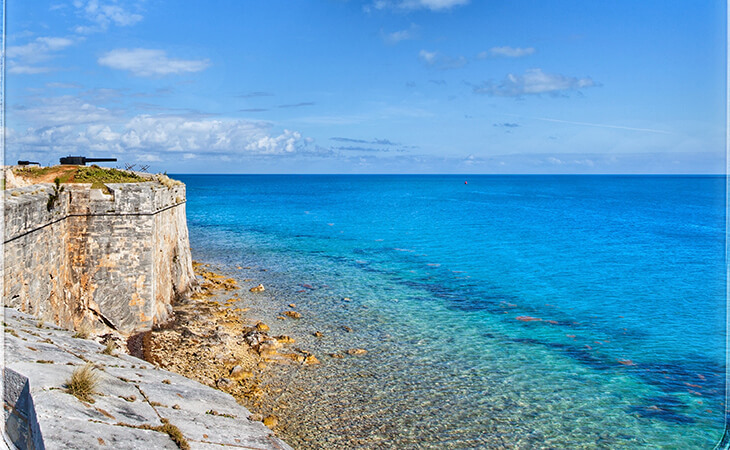 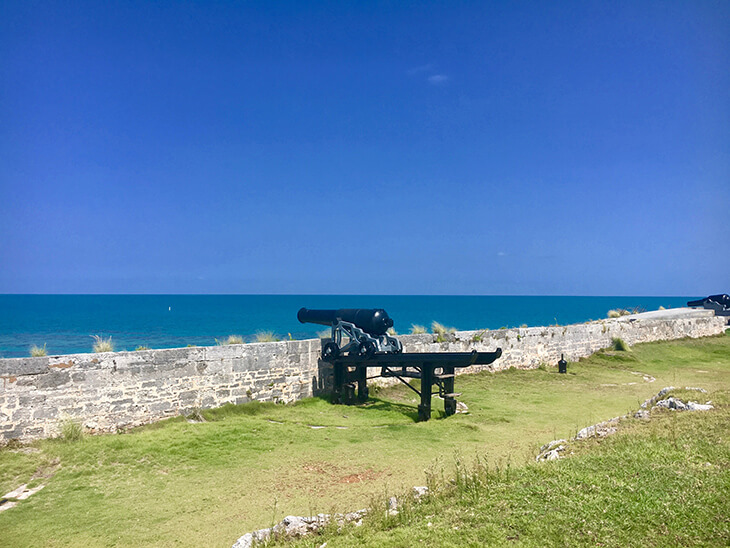 A 68-pounder on replica carriage and slide, defending the north-west rampart